Raviolis filled with eggplant, parmesan and truffle. Delicious! Making homemade raviolis is a bit of work but definitely worth it! 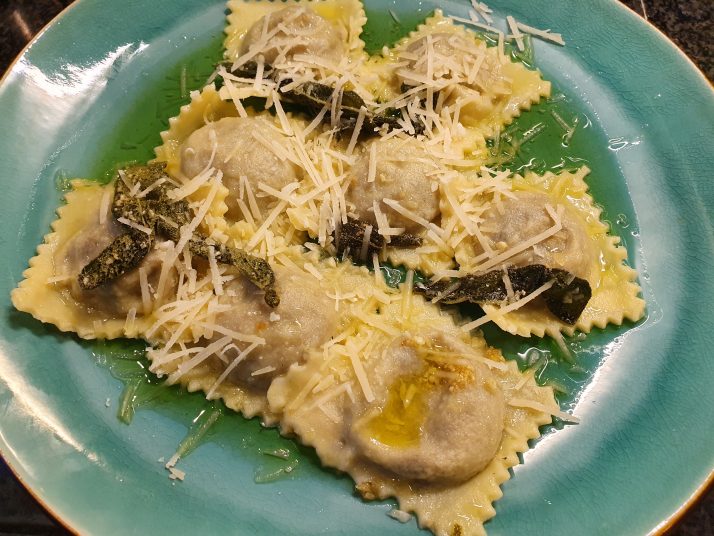 Cut the eggplant into thick slices and sprinkle with salt. Leave to stand for 10 minutes so it can drain some water. Preheat the oven to 180 degrees. Put the drained eggplant in a baking dish.

Peel and chop the onion and sprinkle on top of the eggplant. Peel the garlic, cut it about half and remove the root. Press the garlic to the eggplant. Drizzle some olive oil over the eggplant and place the rosemary in the baking dish. Place the eggplant in the oven for 40 minutes.

Meanwhile, mix the pasta flour, egg and a pinch of salt together in the food processor until a soft dough ball forms.

Put the dough in the fridge.

Remove the eggplant dish from the oven and put the entire contents (except the sprigs of the rosemary) in your food processor. Mix until you get a soft eggplant spread.

Pollinate a piece of your kitchen sink with flour and roll two large pieces of your pasta dough. Pass the rags through the lasagna level of your pasta machine three times, making sure the rags are wide enough to make the raviolis. I myself have a ravioli shape in which I can immediately make 12 raviolis. This one is ideal and if you are planning to make ravioli more often, I would recommend this one. Pollinate the ravioli shape (if necessary) with flour and roll the first piece of dough over it, make sure that the patch covers the shape sufficiently.

Fill the molds with the eggplant spread.  Drizzle some truffle oil, parmesan, and chives over it. When they are all filled, put the second piece of dough over them. Now roll the rolling pin over the ravioli shape and make sure that all sides stick together well. Carefully remove the raviolis from the tin.

Put a pan of water on the heat. As soon as the water boils, add some salt and some olive oil. Then the ravioli’s can be put in the boiling broth. They should cook for about 5 to 6 minutes.

Meanwhile, put a small pan on the heat and heat a lot of salted butter. Add the sage leaves and let it bake for a while.

Remove the raviolis from the water and place them on a plate. Serve a large scoop of the sage butter sauce and sprinkle some grated parmesan over it. 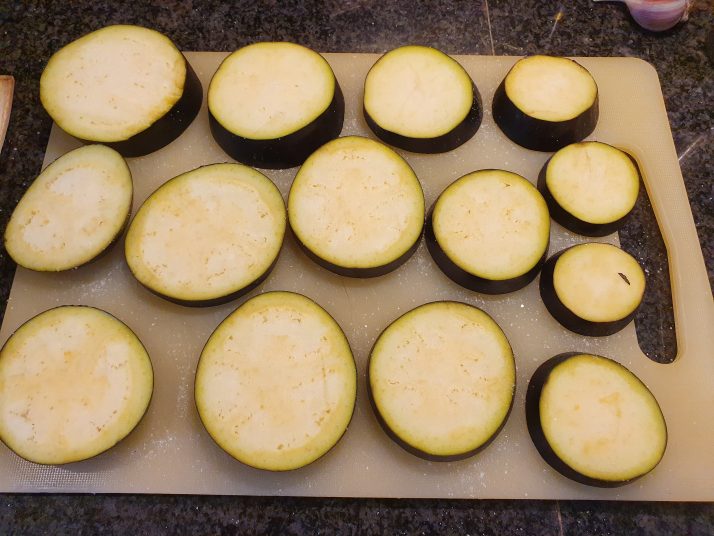 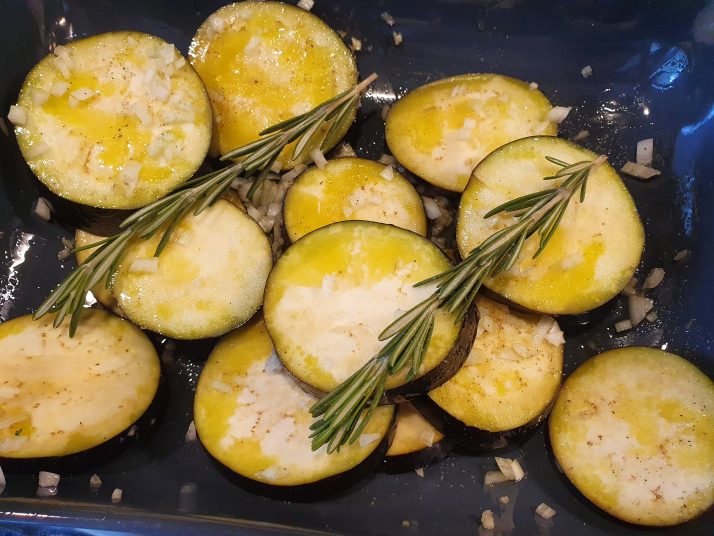 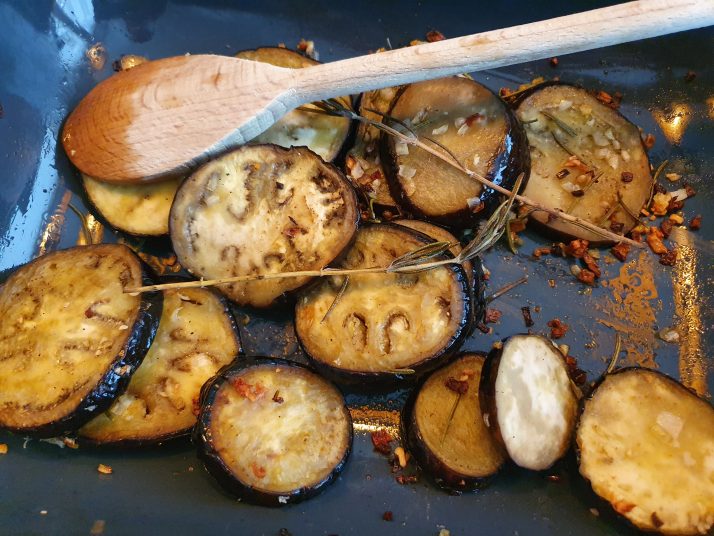 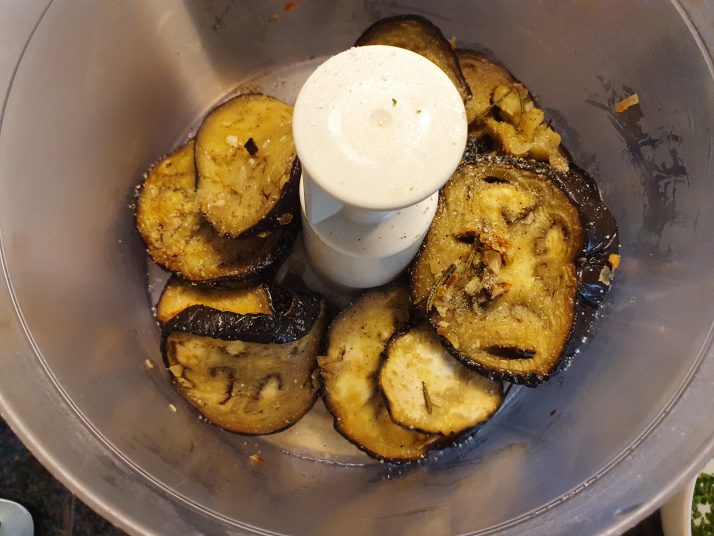 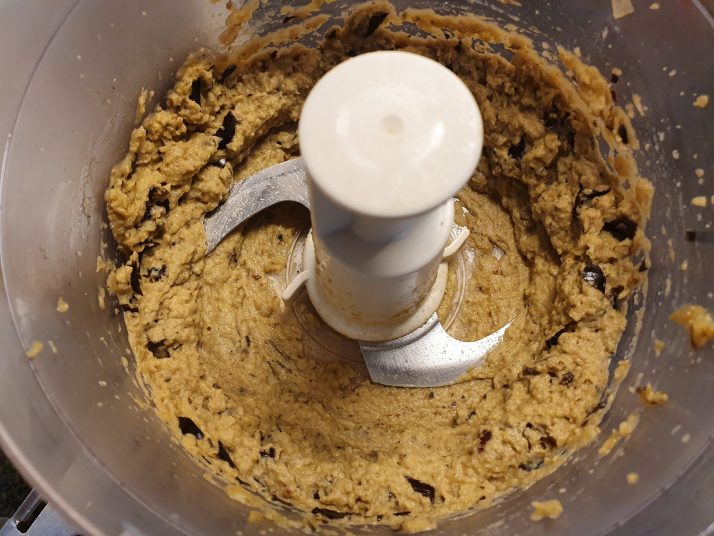 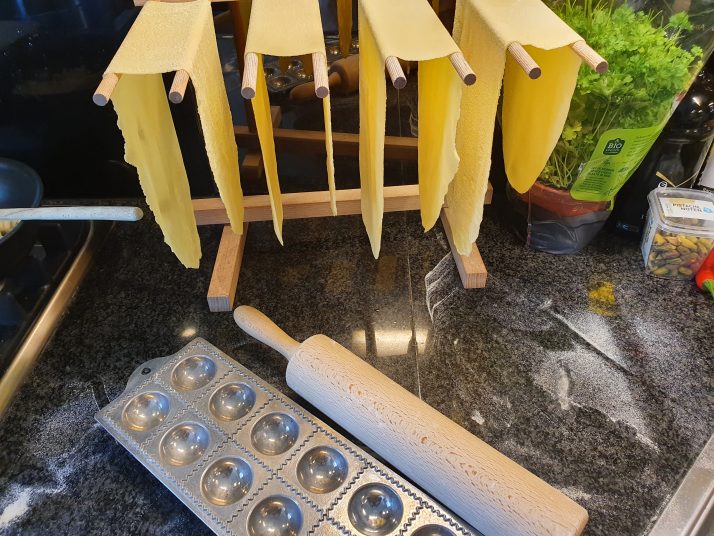 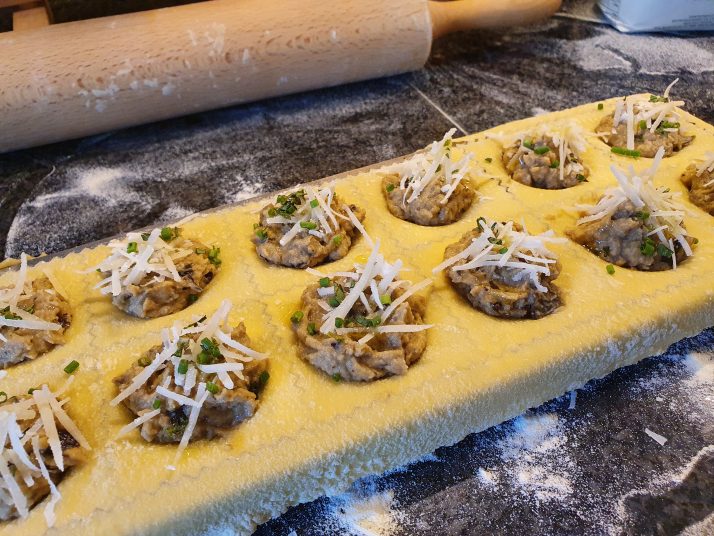 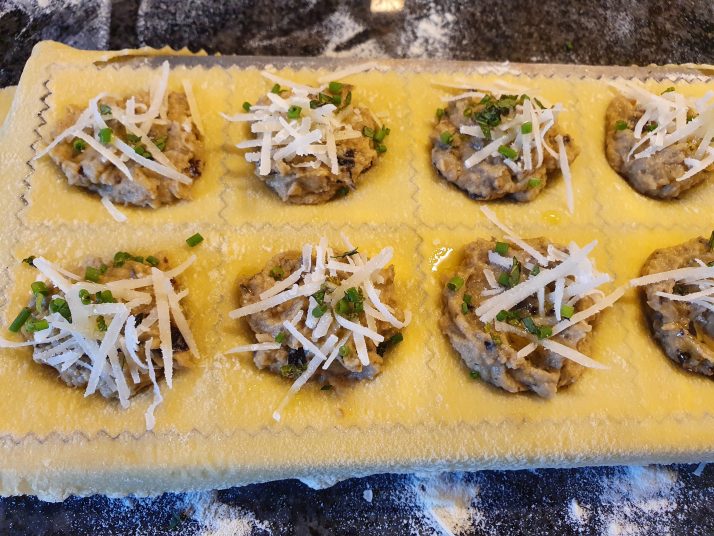 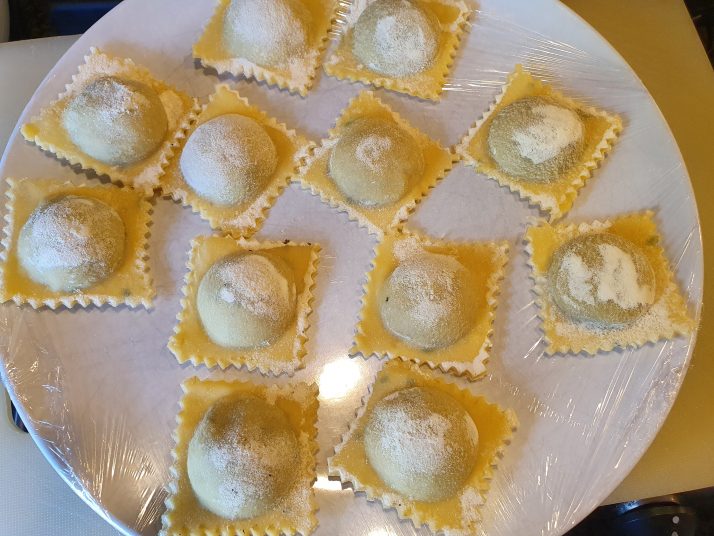 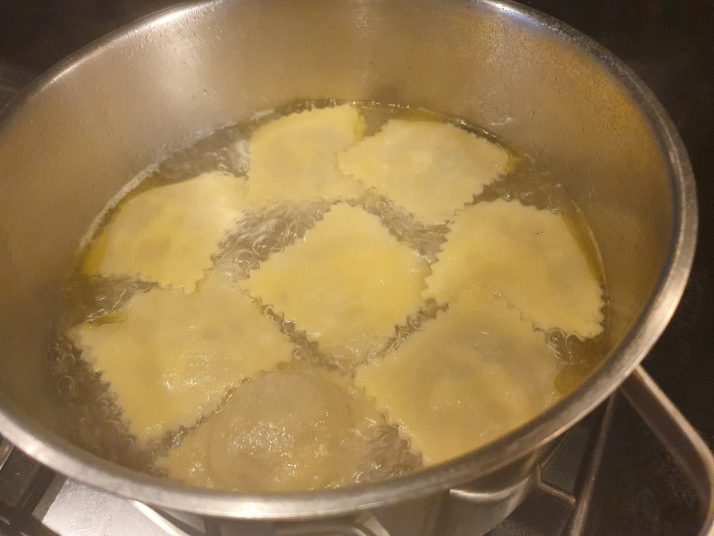 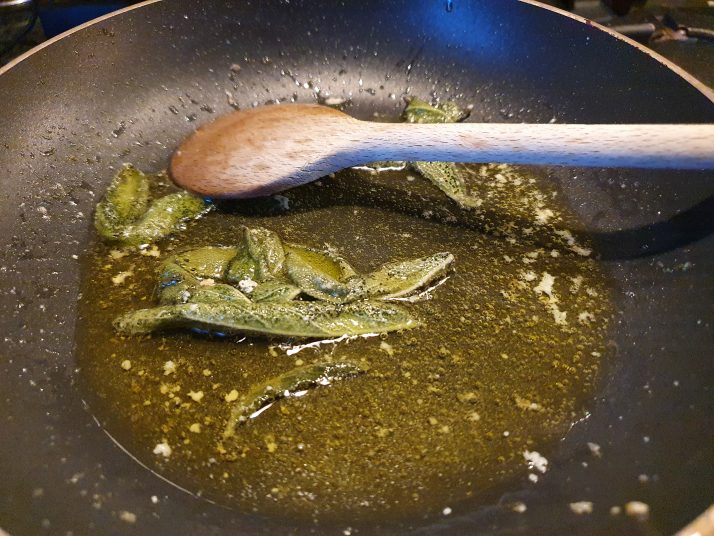 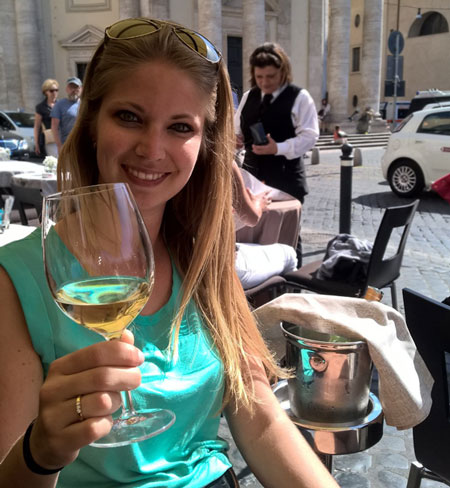